This piece isn’t about the Studies in Nepali History and Society (SINHAS) that completes a quarter of a century of uninterrupted publication this month. The name of the journal is being mentioned here to make the point that it requires enormous grit and determination to persist in breaking the barren landscape of intellectual inquiry. Media commentaries do not make for enlightening discourse.

An unnecessary ping-pong over the Millennium Challenge Compact (MCC) is a case in point. The government signed an agreement in 2017 and it was operationalised two years later. A competent authority exists to oversee its implementation. Execution of the agreement is the responsibility of the government. The main opposition is even more committed to the scheme than the government. Parliamentary ratification of the compact should have been a matter of routine. Instead, a great deal of adrenalin is being spent and much ink has been spilled to debate whether MCC is a part of Indo-Pacific strategy.

It’s an axiom of international relations that foreign aid isn’t charity. Donors have their explicit and implicit agendas. Recipients know that payoffs will have to be made when required. Each side agrees to maintain the facade of a fair deal to save the face of the recipient. Whether Nepal has developed the absorption capacity to properly utilise such a huge outlay as envisaged in MCC without leakages and waste—characteristic of most foreign aid projects—should have been the topic of discussion. But meek acceptance of Belt and Road Initiative (BRI) has made even that point moot. The BRI deal was sealed without even the pretence of public discussion.

The MCC comes in the form of a grant and has little capacity to inflict damage to the national economy. The track record of BRI elsewhere isn’t all that encouraging. Possible debt-trap may be somewhat alarmist, but there is little doubt that BRI creates white elephants to humour people in power in client countries.

Meanwhile, the Nepali public sphere went into a jingoistic delirium over a cartographic experiment of reclaiming what has been a lost territory for quite a while. There was much heat and no light until lawmaker Pradip Giri cautioned about the diplomatic fallout of weaponising the map of the country. Retired bureaucrats and the bean-counting professionals—accountants with their balance sheets, engineers with their cost-benefit analyses and lawyers holding the brief of their clients—dominate the public sphere. Most of them lack proper grounding in social sciences and are unable to see the big picture that public intellectuals are required to paint.

The intellectual wasteland has a long history. When the archaic form of family rule, the Rana regime, ended in 1950, there were few schools outside of Kathmandu Valley and no university in the country. Pundits trained in Hindu scriptures lacked the ability to engage in critical thinking.

Throughout the 1950s, some of the best and brightest scholars such as Sardar Bhim Bahadur Pande and Sardar Yadunath Khanal decided that entering or remaining in the government was their moral obligation.

Perhaps Rishikesh Shah (1925-2002) can be considered the emblematic intellectual of the 1960s. His slim volume Heroes and Builders of Nepal was first published in 1965 and turned out to be one of the foundational texts for the Mahendramala Generation named after state-sponsored textbooks that sought to produce educated subjects loyal to the crown and born largely between 1960 and 1970.

Professor KP Malla (1936-2018) was intellectually active between 1970 and 1990 but it was the publication of his essays The Road to Nowhere, first published in 1981, that secured his place as the premier critic of the 1970s.

Harka Bahadur Gurung (1939–2006) was a geographer, a development planner, an anthropologist, a gifted author, one of the proponents of the identity movement of Janajatis and a compassionate conservationist. However, his reputation was made by the report of a task force on migration in 1983 that bears his name. It ignited the identity movement of Madhesis. The Eminent Persons Group (EPG) that reportedly recommends for the regulation of Indo-Nepal open border seems to have ignored the fate of the earlier attempt that dominated public discourse throughout the 1980s.

Restoration of parliamentary democracy in 1990 turned out to be what Faiz Ahmad Faiz had lamented as the ‘night-bitten dawn’ at the time of Indian independence. The new set of politicos required a different kind of empathetic critic. Devendra Raj Panday assumed that role and became the engaged-intellectual of the 1990s. Panday had been a permanent secretary, a civic rights activist, a development practitioner and a cabinet minister by the mid-1990s when he became a public intellectual. Even though first published in 1999, his ideas in Nepal's Failed Development: Reflections on the Mission and the Maladies are a summation of what he had gone through as a participant-observer of the development industry. Dor Bahadur Bista's Description of Fatalism and Development: Nepal's Struggle for Modernization was first published in 1991, but it began to fire the imagination of critical thinkers only in the late 1990s.

Intensification of armed conflict with the Maoists and the mobilisation of the army made dissent a dicey affair in the noughties. A prominent litterateur, an accomplished translator, a respected teacher and a competent expounder of communist ideology till then, Khagendra Sangraula would turn out to be a reflective progressive espousing inclusive politics. He engaged with the public on critical issues with his characteristic humility and trademark firmness.

Having been a learner in the 1960s, a reader in 1970s, an observer in 1980s and a chronicler since 1990s, I find the absence of a woman, a Dalit or even a Madhesi from my list deeply disappointing. It’s a sad reflection on a regressive polity and conservative society that continues to patronise patriarchy and promote ABCD (Aryan, Bahun, Chhetri and Dashnami) hegemony.

The defining figure in the decade of 2010 was perhaps Professor Chaitanya Mishra who adopted Dengism—an ideology of authoritarian developmentalism under a powerful one-party state—with the gusto of a neoconservative and played an important role in legitimising the politics of prosperity.

It is difficult to pigeonhole Mahesh Chandra Regmi (1929-2003) into any one of the decades that he devoted to research and scholarship. Unlike dissemination, production of knowledge is a thankless task away from the limelight of public adulation.

Pratyoush Onta, the driving force of SINHAS, could easily have been an intellectual rock star. He has all the right credentials: an elite family background, the refinement of St Xavier’s School, an all-Ivy League education followed by prestigious postdoc fellowships, the reputation of an engaging newspaper columnist, a mentor to young researchers, a competent facilitator of seminars and radio talk-shows and a no-nonsense speaker who loves to puncture the whataboutery of questioners.

He chose the thankless task of continuing with building and strengthening an institution and creating platforms of knowledge creation instead. That has ensured the longevity and quality of SINHAS as the premier peer-reviewed journal of social sciences for a quarter-century.

An academic is said to be a midwife to other people's ideas. An editor is a nanny that nurtures them. An academic-editor? It’s a task so taxing that the best of brains give it up after a while. By the way of celebrations, people of Pratyoush’s global network will probably dust off an old issue of SINHAS and immerse themselves in its enduring contents. Fame indeed is bondage; the joy of knowledge lies in anonymity.

Previous Clearing the Intellectual Wasteland Next 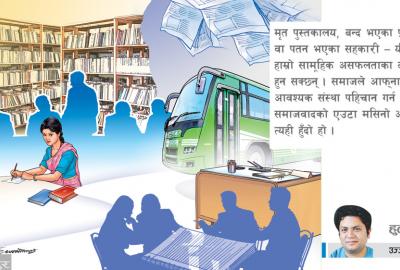 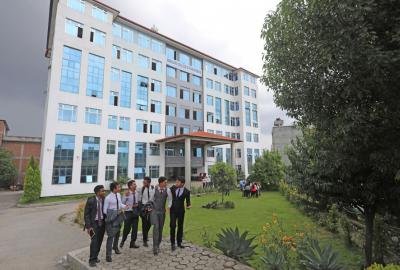 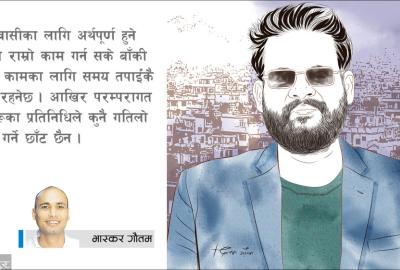 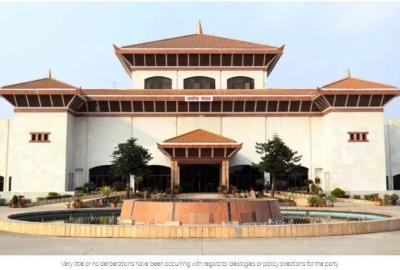 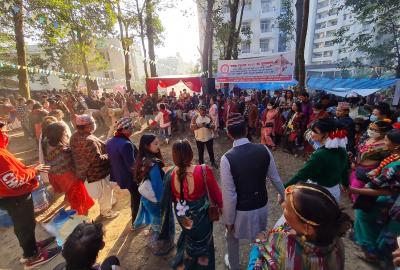 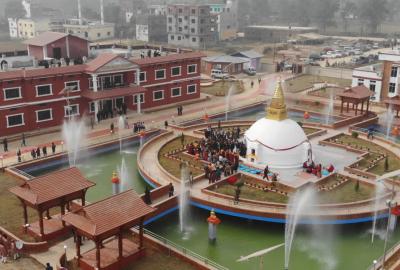 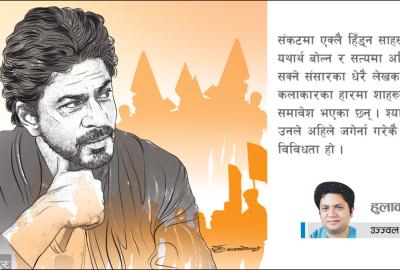 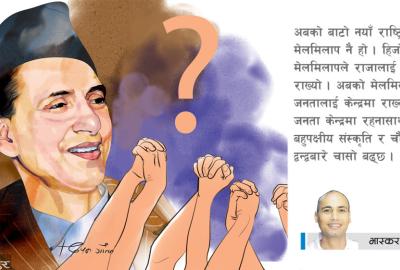 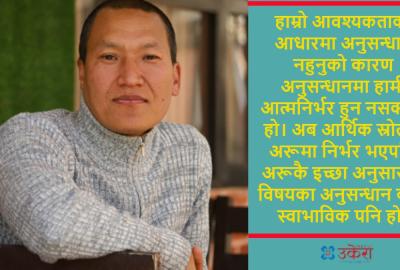 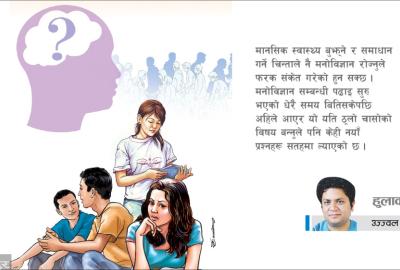 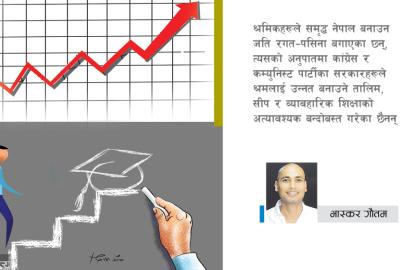 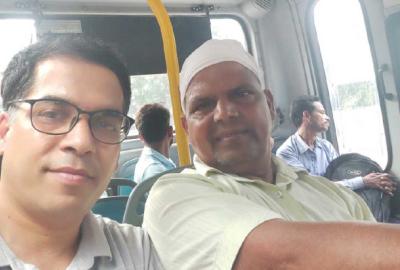